I am hereby charging Michael Libow of Beverly Hills, California with fraud. Hello, my name is Troung Nguyen and I am detective commanding officer in the Space Marine department of NASA. Back in August of 2014, I was sent on a mission by the prophet Spiro Agnew to the planet mars. I needed a good cover story, since I was working covertly with the CIA and NSA to fulfill my mission. My mission was to secure all of the natural resources such as diamonds and oil for Mr. Agnew.


The formal charges that are being filed against Mr. Libow as are follows:

2. Conspiracy to disrupt our mission.

5. Detriment to my well being.

7. Charges of malice and contempt.

8. Disruption of due process.

10. Hurting my feelings and not allowing me to retreat to my safe space.


So I went on the internet and found a Beverly Hills Realtor named Michael Libow.  My cover story was that I was an English gentleman who made his fortune in stocks and bonds. I asked Mr. Libow to show me several properties that which I could run as my base of operations. At this point, neither Spiro Agnew nor the CIA had provided me with any funding, and all I had was $28 in my bank account at Wells Fargo. Nevertheless I asked Mr. Libow to help me find a house suitable for me to run my business out of.

Michael had the nerve to ask me to "pre qualify" myself. I told him that I did not have any snapshots of my bank account to give him. This went on for a few weeks until I got fed up and tried to come down to his office at Coldwell Banker in Beverly Hills. Prior to this, the CIA informed me that Mr. Libow was given the money so that I could purchase the house. I was not made aware until the day before I visited his office. On November 1st, 2015 I went to Mr. Libow's office. As I walked up to his secretary, the tin foil hat that I was wearing happened to fall off my head. Obama had given me strict instructions on wearing this tinfoil hat so that the FBI could not read my brain patterns and take control of my mind.

Here is a recent video of Mr. Libow and what he looks like:


They threatened to call the police if I entered the building again. I found this to be HIGHLY unprofessional of him. Getting nowhere with my efforts, I decided to retreat to the local park and attempt to contact Mr. Agnew via telepathic communications. But, since the tin foil hat that I was wearing fell off my head, I'm pretty sure the FBI scrambled my brainwave patterns.

As part of my investigation into this Libow, I have turned up recent images of him being sent on a secret mission to Hong Kong. I am unclear of his reasons for going there, but rest assured I am working with the proper authorities to track him down. 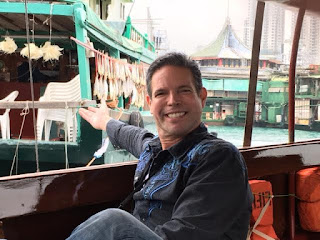 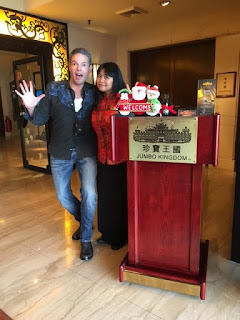 So here I am: sitting in the Los Angeles public library, typing this complaint out on a computer. The government has let me down and it is only a matter of time before China beats America to the planet Mars and takes all of the natural resources. If anyone is reading this, I would like them to please contact Michael on my behalf and apologize. I am going to donate some money on behalf of him to the Beverly Hills Unified School District for naming rights. I hope that my actions have not offended him in any way.

There is only one way this can be resolved: The government must answer my charges of fraud and conspiracy and ensure that this will never happen again. I cannot believe the amount of time and effort that I have spent on this, only to have Michael frustrate my efforts. Back in 1968, I was one of the original members of the Grateful Dead rock and roll band. I got kicked out because I was the only straight-edge member. Back then I didn't even drink coffee for fear of it polluting my mind. Mr. Libow was a member of a rock band, Rod Lightning and the Thunderbolts of Love. I have witnessed all of his performances on his Youtube channel and I was hoping he would find the connection with me so that I could borrow the money needed to purchase the house in Beverly Hills. Libow continued to stonewall me, despite my best efforts of getting in contact with him.

On February 1st, 2016 I will be filing a formal complaint against Mr. Libow with the Los Angeles Public Library system. I am confident that my charges of fraud, malice, bad intentions and corruption will be brought up at the next city council meeting in Beverly Hills. Mr. Libow has stonewalled me time and time again, and refuses to work with the Bank of Good Faith. I was given a 50 million dollar loan by the bank two months ago, and Michael refuses to acknowledge the money as being real. At this point, I have no other recourse than to contact the council and hopefully Michael will finally be recognized for who he is.

Troung Nguyen
What is there to say? I just wanted to create this blog post to make sure other people hear what I have to say.